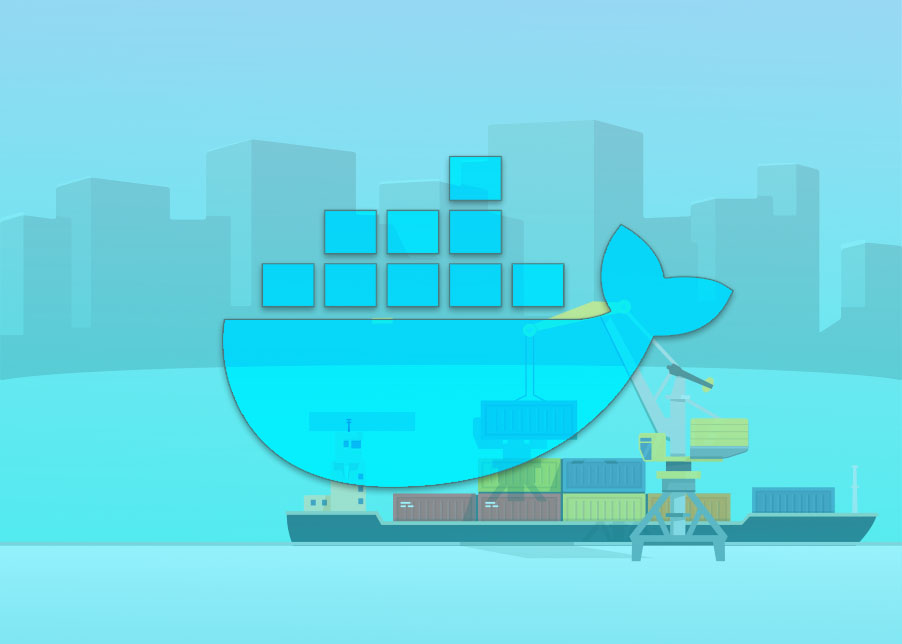 From your terminal run the following command

This command is actually telling docker to run a container from “hello-world” image. Container is a running instance of an image. Don’t worry too much about image and container for now. We’ll discuss more about containers and images later in this series. Just think high level here, by this command we’re expecting a running container.

If you installed docker successfully you’ll see something like this in your terminal. 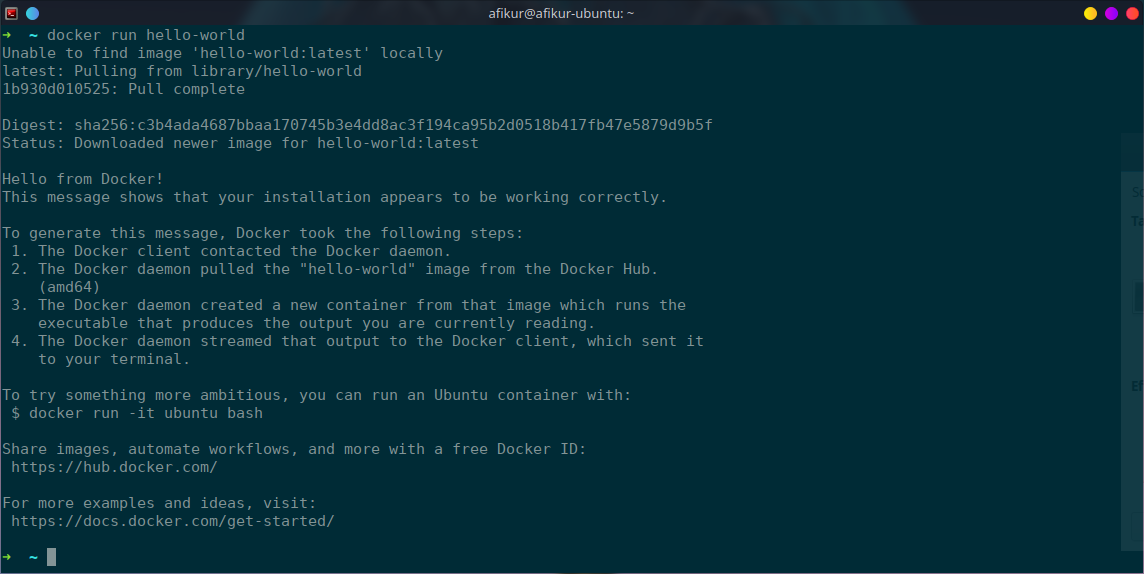 One more thing to look carefully. We gave the command docker run hello-world. But look closely it’s trying to find the image hello-world:latest. That is because if you don’t put anything after colon(:) of the name, docker will put latest by default. It’s called tag. We can specify tag name if we want. We’ll see more of that later.

This is a layer of an image. An image can be build with one or more layers. For this case this is the only layer of “hello-world” image. But there could be multi-layered image. We’ll see multi-layered image later. This line simply means: layer(1b930d010525) pull has been completed.

For now lets’ just ignore the Digest with this long sha256 encoded hash. We’ll talk about this line in some other docker course, where we’ll discuss about docker manifest and everything. Once I finish up writing that article, I’ll attach the link here. But now if you’re interested enough to learn more about this digest, just Google for it.

This line showing the status that the image has been download successfully.

After this line everything is actually the output of our newly created container. This hello-world image is nothing but a C program. This below code has been executed when our container ran.

This code is taken from the hello-world repository from GitHub. Here is the GitHub URL for this code.

This container doesn’t do anything useful. It just a hello-world image what else could you expect from it anyway. But running this image we’ve learned few key features that will be helpful for our docker journey. So, in the next lesson, let’s run something useful.